Northern Thailand is home to interesting and colorful ethnic minorities. Some of them are also known as hill tribes. The Chiang Mai Hill Tribes are an essential part of the tours of Green Trails. They are fascinating people and very different from the Thai people. Each tribe has its own language, culture, traditional dress and peculiarities. The Thai people call them “chao khao” which means “people from the mountain”. At this moment, they probably number about one million people out of a population of almost 70 million. On this page we give a very short introduction of the history and current situation of these tribal groups.

On this website we focus primarily on the groups that are known as hill tribes, a term which started to become common in the early 1960s. There are six main tribal groups that people consider hill tribes: Akha, Hmong, Lisu, Lahu, Yao and Karen. The Dara-ang people or Palaung, in Thailand known as Palong, are the most recent migrants from Myanmar. They came to Thailand in the 1980s.

The Karen are believed to migrated to the country, now known as Thailand,  centuries ago. The other groups have migrated to Thailand (then called Siam) roughly since the early 1900s. These seven groups feature in trekking programs for tourists since the mid-1970s. Their different culture, colorful dress and remote “untouched” lifestyle have attracted tourists.

The war in Indochina

Anthropologists and missionaries were the only people interested in the hill tribes until the late 1950s. They lived their lives in remote villages and were more or less self sustaining and independent. The situation changed in the 1960s. Southeast Asia was in the grip of the struggle against the communist threat. War against communist insurrections raged in Vietnam, Laos and later Cambodia. During this war Thailand was a pivotal ally of the United States. The government started to see the tribal groups as potential allies of a communist insurgency. American and Australian anthropologists started to conduct research in tribal villages in North Thailand. Often institutions such as the Ford Foundation funded the research of these anthropologists.

The security aspect was not the only reason for the Thai government to start a drive to integrate the hill tribes into Thai society. Their slash and burn agricultural practices were destroying the forest and damaging watersheds of the lowlands. Communities were moving regularly.

The Thai government tried keep communities in the same place by establishing schools, construct roads and other facilities. The government discouraged the preservation of tribal traditions, religion and language. The tribal people had to become Thai citizens, learn the Thai language and respect the monarchy.

The emancipation of tribal groups has come a long way. Many of them now have Thai citizenship but there are still many examples of discrimination against these people. 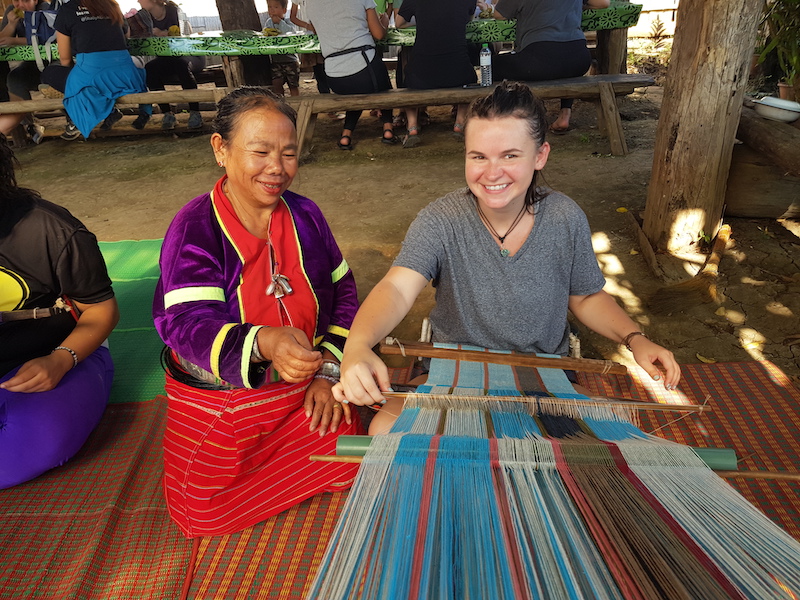 For more than 20 years we have been organizing tours to tribal communities. Over time we have developed our way of working with these communities. I wrote this blog about the history of hill tribe trekking. In the early days many people criticized these tours to poor and undeveloped villages as unethical. They tend to forget that local people also profited from tourism but in general the trekking industry was immature and poorly regulated.

The future of hill tribe tourism

It is our aim to organize tours that our educational, responsible and respectful. We are the guests of communities and have to behave like that. We should not only bring money to a community but also give them something to learn and remember. We have to learn from each other.

We will respect and support the preservation of local traditions and language. These are worth preserving and will aim to help with that. We feel privileged to have the opportunity to meet and share experiences with these very special people.

We realize that much more thought and preparation has to go into the design and operation of these tours.