The Lisu hill tribe is a Tibeto-Burman highland tribe, originally from southwest China. The exact origin of the Lisu is unknown. All of the Lisu currently found in Thailand came from Myanmar (Burma). 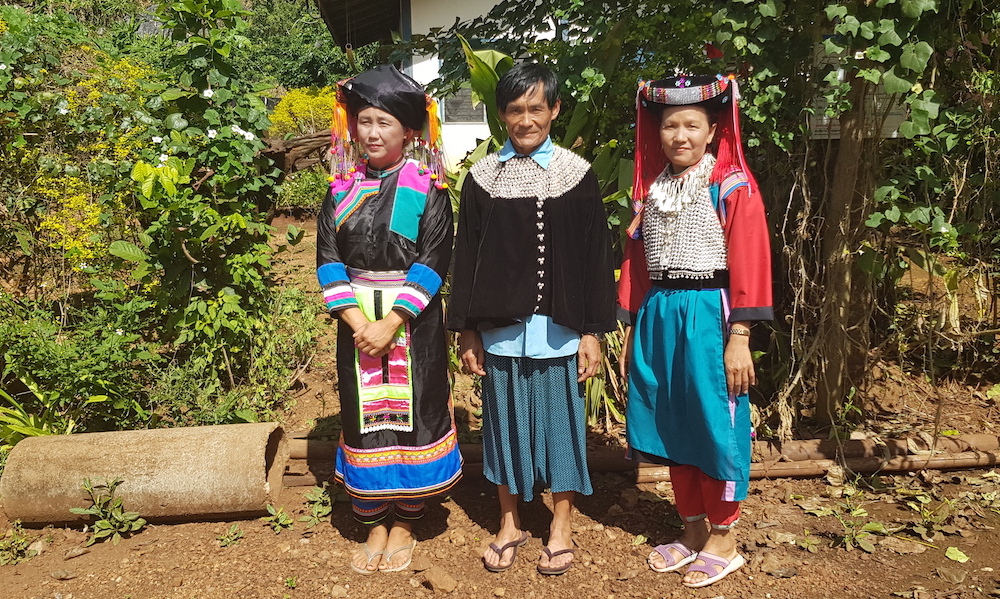 It is relatively certain that the Lisu more or less followed the Salween River Valley from Tibet through China to Burma. Their migration was often the result of Chinese pressure. Population growth and soil depletion might have been factors as well. Their entry into Thailand probably took place not earlier than 200 years ago with most migration in the 19th century.

Lisu hill tribe people can be found in Thailand, China, India, Myanmar. They drifted into North Thailand from Burma and can now be found in Chiang Mai, Mae Hong Son, Sukhothai, Tak, Kamphaeng Phet, Phayao, Lampang and Chiang Rai provinces. The vast majority of the Lisu hill tribe people still live in China, in their original heartland at the headwaters of the Mekong and Salween Rivers.

The Lisu hill tribe speaks a language that belongs to the Lolo branch of the Tibeto-Burman family. There are two scripts in use and the Chinese Department of Minorities publishes literature in both. The oldest and most widely used one is the Fraser script developed by missionaries in the 1920s. The second script was developed by the Chinese government and is based on pinyin.

Lisu don’t say hello or goodbye. Here are some useful words and sentences.

Nusus (nu as in gnu) 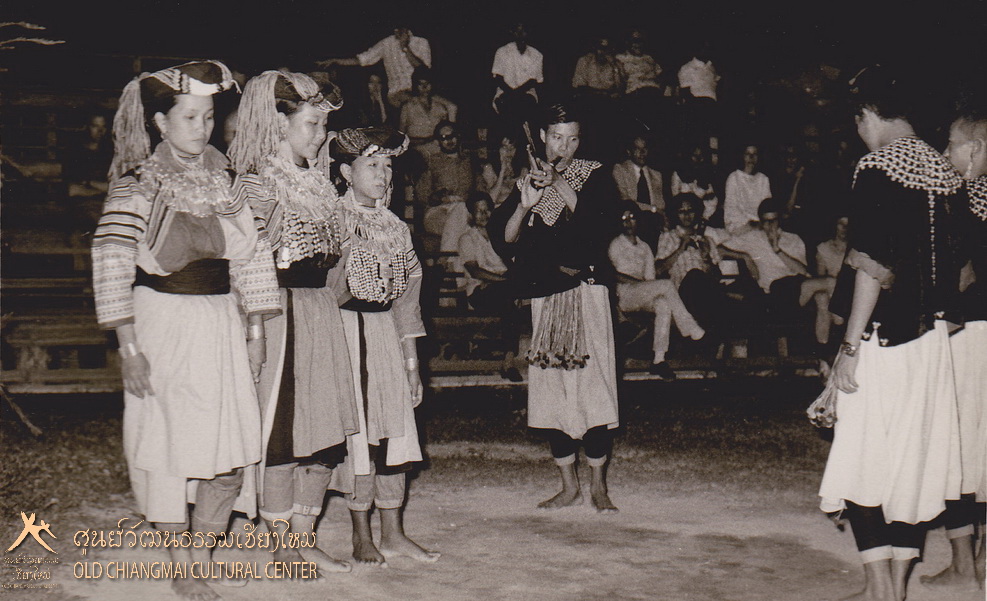 The religion of the Lisu hill tribe is a mixture of ancestor worship and spirit propitiation. They believe all animate things have an associated spirit as do some inanimate objects. Important spirits are those of ancestors, water, mountains and villages. They are not preoccupied with the afterlife and see the spirit world as something for the present, to be dealt with on a daily basis and believe spirits have emotions and failings the same as humans so that they can be so dealt with. 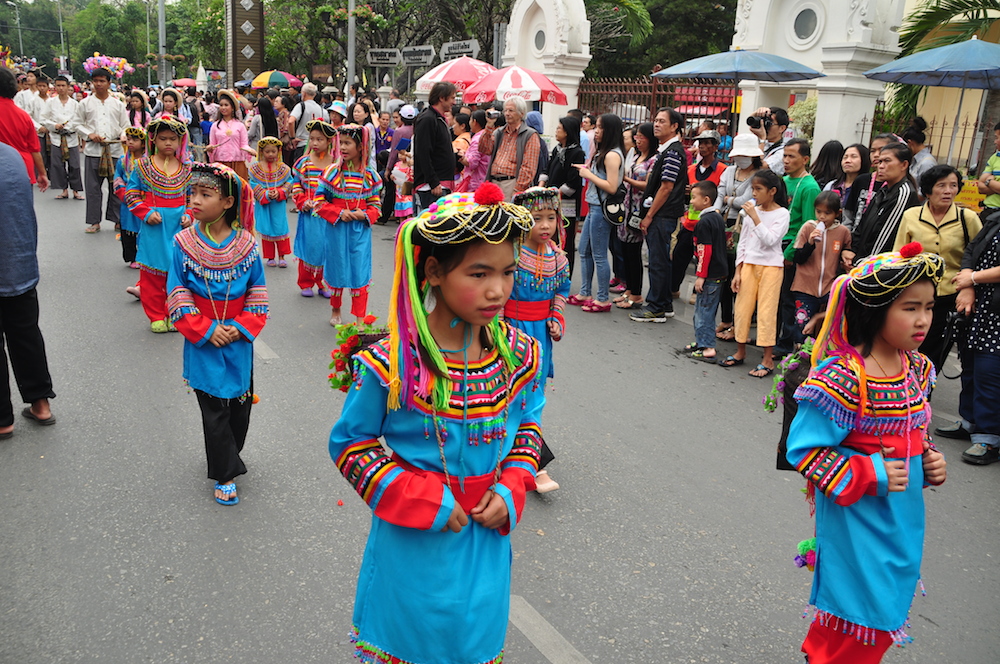 Occupying villages above 1,000m, they keep livestock and cultivate corn and vegetables. Unlike other tribes, they don’t usually live in stilted houses. Each Lisu house has an ancestral altar. In each village, there is a “village guardian spirit shrine” which is located above the village, in a roofed pavilion which women are forbidden to enter.
The Lisu hill tribe grows rice and vegetables for subsistence. At the same time, these villages are relatively close to the market so that the Lisu can trade. Most Lisu live close to water because they believe water has a special power. 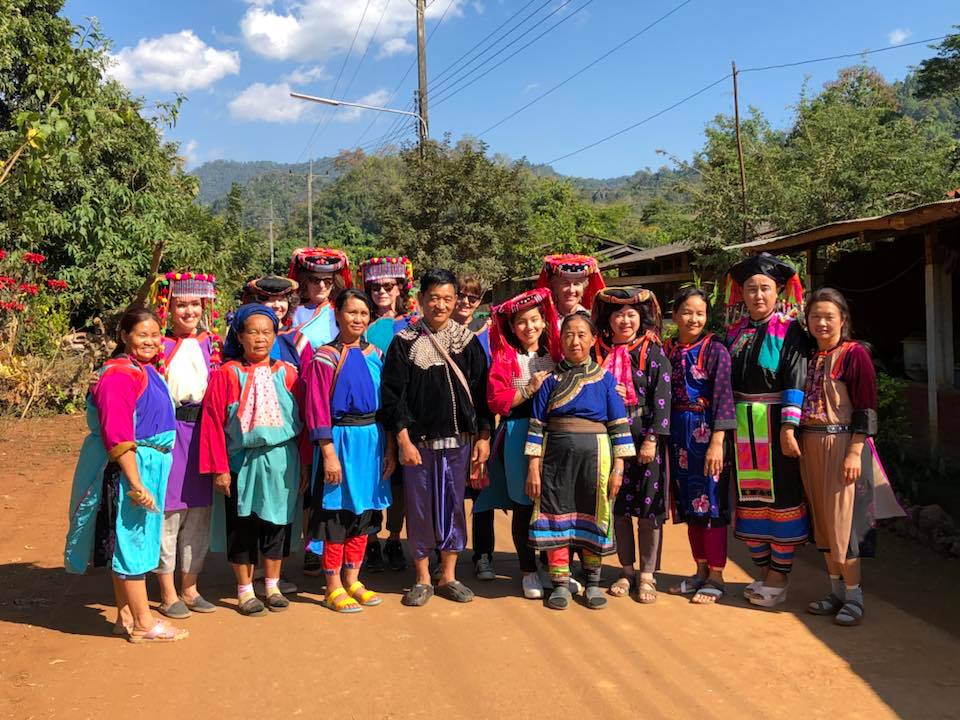 Lisu traditional dress is very colourful especially the dress of the women. The Lisu hill tribe women are distinguished by their brightly coloured tunics, worn over long pants; some of the older generation continue to wear tasselled turbans on their heads.

The Lisu man’s dress is quite sober. It consists of a black jacket, blue or green pants and black leggings. The dress of Lisu women is a blue or green tunic, split up at the sides to the waist. It goes down to the knee in front and hangs to mid-calf at the back. It crosses over the chest and fastens under the right arm. The piece across the chest is often made of a different colour from the rest of the dress.

We successfully organised several textile tours for Haute Culture Tours to a Lisu village. If you are interested in such a tour, please contact us.

Otome Hutheesing is an anthropologist from the Netherlands. Otome was born in 1930 on Sumatra, which was the Dutch East Indies at the time. She studied sociology at Leiden University in the Netherlands, where she also received her doctorate. She taught there for several years. After that, she took a job in India with the United Nations Economic, Social and Cultural Organisation. After a failed marriage she moved first to Malaysia and then to Thailand.

Another Dutch anthropologist Leo Alting von Geusau introduced her to the Lisu people. For six years she lived in the Lisu village Doi Lan, south of Chiang Rai,  where she did research which resulted in a book: “Emerging Sexual Inequality Among the Lisu of Northern Thailand: The Waning of Dog and Elephant Repute.” She now lives in Chiang Mai with her adopted daughter Mimi.

During her stay in Doi Lan she made many photographs. She allowed us the publish some of them. You can find many of her pictures here.

The main Lisu Festival is the New Year festival which is on the same date as the Chinese New Year and is celebrated with music, feasting and drinking. People wear large amounts of silver jewellery and wear their best clothes at these times as a means of displaying their success in the previous agricultural year. More about the Lisu New Year here.

On these Green Trails tours you can meet the Lisu people: