My first visit to Mae Kampong was in 2004. I accompanied the product manager of Baobab Travel, Henko Wentholt, to see the village and the homestays. I remember there was a house on the left when you entered the village which was called “John’s Place”. John from the UK lived there with his Thai wife, and they also rented out one or two rooms. John left Mae Kampong many years ago. No idea what became of him. Later that year I hiked up to the summit of Doi Mon Lan with Willem Niemeijer. It was the day of the tsunami, December 25, 2004.

Groups of Baobab Travel stayed one night in the homestay at Ban Mae Kampong during their roundtrip of Thailand. At that time it was a sleepy village that didn’t get a lot of visitors. For many years not much changed until the first zipline was established in 2008: Flight of the Gibbon. For several years I didn’t visit Mae Kampong until I joined a workshop about Community-Based Tourism in 2011. John’s Place was gone, and the village had become a lot busier with visitors.

In 2013 and 2014, I accompanied two groups from the Philippines to Mae Kampong. They came to Chiang Mai to look at successful examples of Community Based Tourism. We spend the night in the homestay, hiked around the village and everyone enjoyed Mae Kampong. Since then, I have regularly visited Mae Kampong to do surveys for Chiang Mai trekking routes.

Mae Kampong went through a lot of changes in recent years. More and more coffee shops, restaurants and souvenir shops have opened for, mostly, Thai day-trippers. Outsiders have bought land and property. The atmosphere has changed quite a bit.

If you want to go to Mae Kampong on a day trip, try to avoid the weekends. Avoid the long weekends, especially. We recommend you to stay overnight in Mae Kampong in one of the homestays. They are really well managed and surprisingly comfortable. The owners are very hospitable. Temperatures in Mae Kampong are in general about 5 degrees lower than in Chiang Mai. Water is streaming through the village always giving a very nice soundtrack for a sound sleep.

The village might have changed a lot, but the forest has not. It is still as beautiful as it was in 2004. The trekking is superb with dense forest alternating with fantastic views. In 2015 I trekked up to Doi Mon Lan again. The trail was not easy to find, proof that very few people make it up to the summit. It is advisable to drive up to the ranger station of Chaeson National Park and start hiking from there. In December 2019 I hike up to Doi Mon Lan again, which was a pleasure. I enjoyed forest bathing, which has become a popular term.

It is an hour to the summit, depending on your condition. If skies are clear, you can see Chiang Mai in the distance. Several trails will take you down from the mountain back to Mae Kampong. It is a beautiful hike. Take your time and enjoy nature and the free air. I have done quite a few Chaeson National Park treks in the past few years, and seldom I met other people. 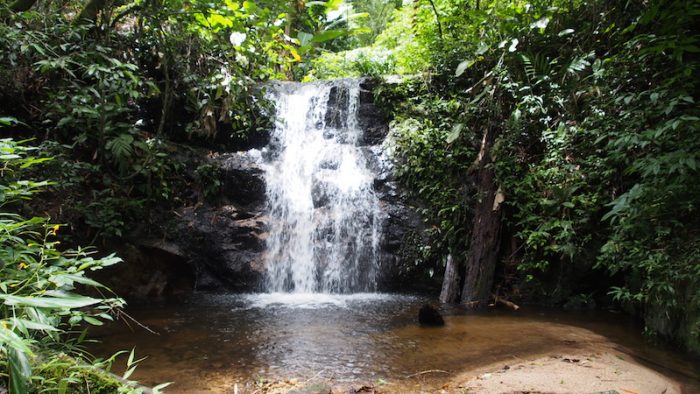 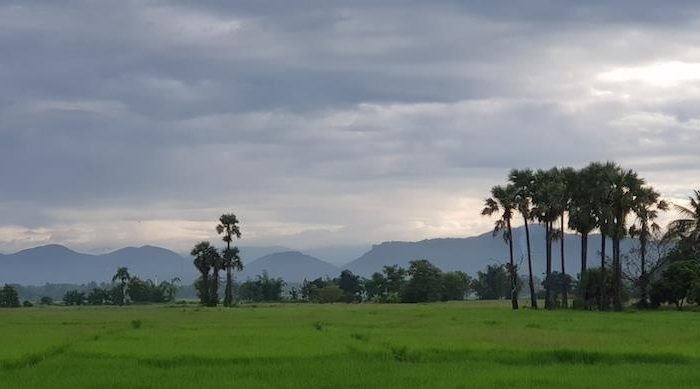