The Palong hill tribe who live in Thailand came from Myanmar (Burma). The name Palong or Palaung originated in Burma. We will use the spelling “Palong” on this website as this is the word that is normally used in Thailand. Palong refers to a group of Mon-Khmer speaking peoples living in the mountains of Shan State and Southern Kachin State in Myanmar. Culturally and Linguistically, the Palong consist of three main groups: the Shwe, the Rumai and the Pale. The Shwe are also known as golden Palong or Ta-ang. The Pale are known as Silver Palong or Di-ang. These two groups of Palong people identify themselves as Dara-ang. Our former partner Haute Culture Textile Tours made this video for us:

It is likely they originated in Southern China and later migrated to Myanmar. There are approximately 600,000 Palong living in Myanmar. Palong communities are present throughout Shan State and southern Kachin State. They can be located in Shan State from Namhkam in the north, near the Chinese border, to Muang Mit and Namhsan in the west, to Kalaw in the southwest and the east around Kengtung near the Thai border. The Palong who live in the mountain areas in the north of Shan State are called Shwe or Golden Palong by the Burmese and the Shan. A small number of Palong people, about 12,000, live in Dehong region in Yunnan Province in southwestern China. 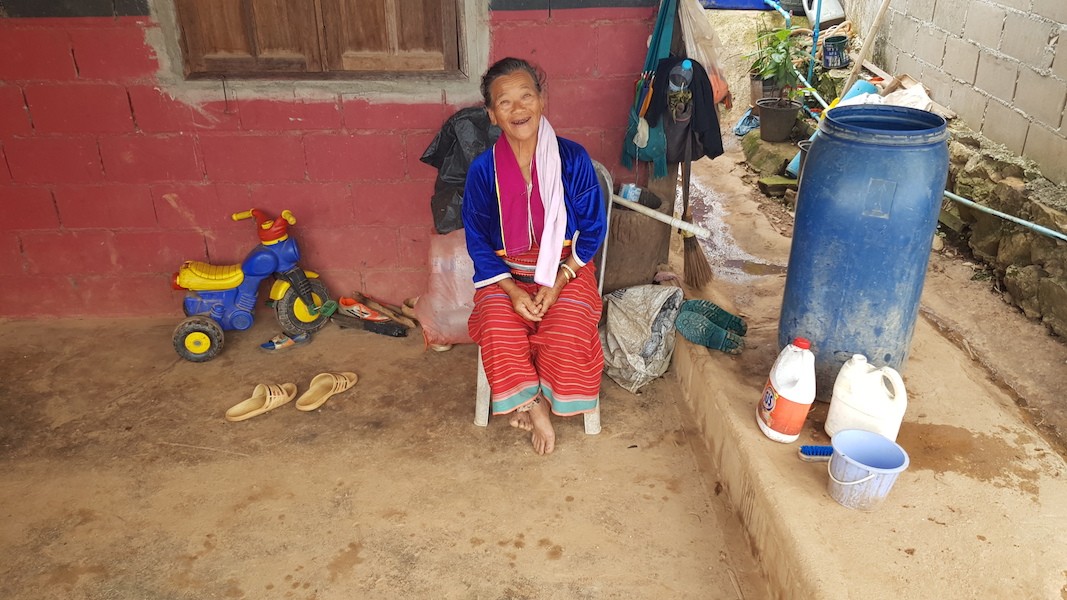 Between 1982 and 1984, groups of Palong people crossed the border into Thailand. Points of entry were Doi Angkhang and Tachileik, amongst others. They escaped fighting between government forces and rebel armies. Some Palong were allowed to stay at the border, but other groups had to move to other areas. There are now Palong villages near Fang, Wawee and Mae Sai (Chiang Rai province). The village on the border is called No Lae, on Doi Angkhang, which is about 175 km north of Chiang Mai.

The Palong in the Chiang Dao area are mostly Silver Palong. They call themselves Dara-Ang. The women are recognisable by the silver waistband. 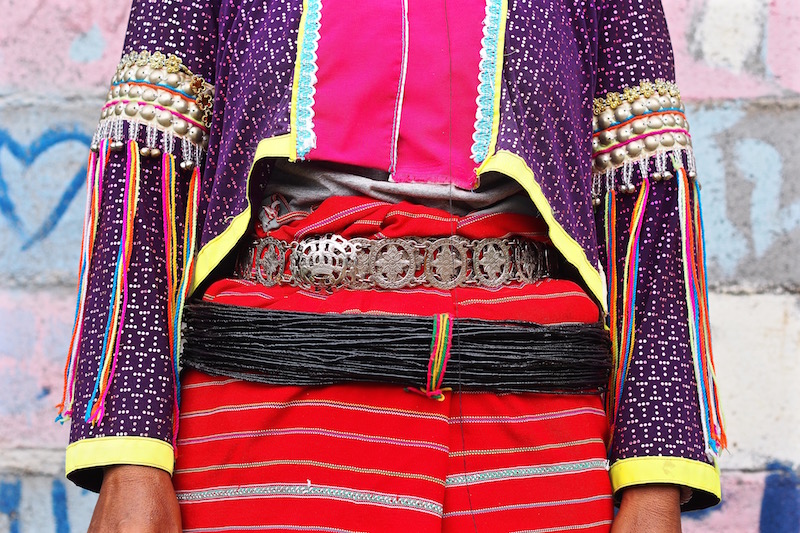 The language of the Palong hill tribe is a Mon-Khmer language aka Austro-Asiatic. Here are some helpful sentences and words:

Where are you from?

How old are you?

Ong lives in the Dara-ang village Mae Chon in Chiang Dao district, north of Chiang Mai. She teaches us counting from 1 to 10 in Dara-ang language.

In former times the Palong were animists. Many Palong have now converted to Buddhism. Missionaries also have visited the Palong people. This recently resulted in the construction of a church in Mae Chon.

The livelihood of the Palong in Chiang Dao district is agriculture. They grow rice, corn, beans, sorghum and other crops. There are many different fruit trees in and around the villages. Some of them work as contract workers for factories. Tourism is also a source of income. At least since 15 years, tourists have visited these villages in Chiang Dao district.

Trekking is a popular activity. That used to be combined with Elephant riding and bamboo rafting on the Ping River. There are no elephants anymore in Chiang Dao district. Bamboo rafting doesn’t take place anymore in the vicinity of Chiang Dao. There are homestays in Pang Daeng Nai, Mae Chon and Huay Bong. We support these homestays and occasionally invest in improvements where necessary. The Palong villages have as yet no electricity.

Many of the Palong women still wear traditional dress daily. Their dress is very distinct and recognisable. The women are excellent weavers. Since a couple of years, tourists have been visiting Chiang Dao district to learn about traditional textiles. We have successfully organised several textiles tours in the past. We can arrange a weaving workshop in the village Mae Chon upon request. If you are interested, please contact us. We also offer a photography tour in which the traditional dress of the Palong people features.
These pictures were taken by Donna Bramhall of Haute Culture Textile Tours for Green Trails. To enlarge click on the image.

We support the local community

In the village Mae Chon local people sell souvenirs. Not all these souvenirs are made in the village. Local weavers produce beautiful textiles. We support the local weavers as much as possible. It not only generates some cash income but will also help the preservation of the traditional Palong textiles.

We highly recommend this excellent book on the Palong hill tribe, their culture, their history, their migration to and settlement in Thailand: ‘The Palaung in Northern Thailand’. It is written by Michael C. Howard and Wattana Wattanapun and published by Silkworm Books in Chiang Mai (ISBN 974-88325-1-1).

On these Green Trails tours you can meet the Palong people: 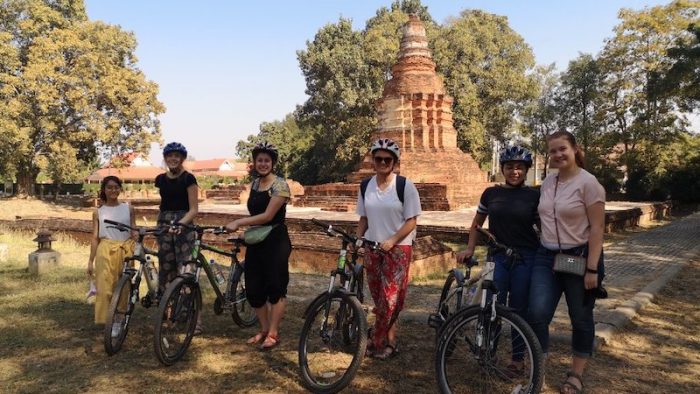 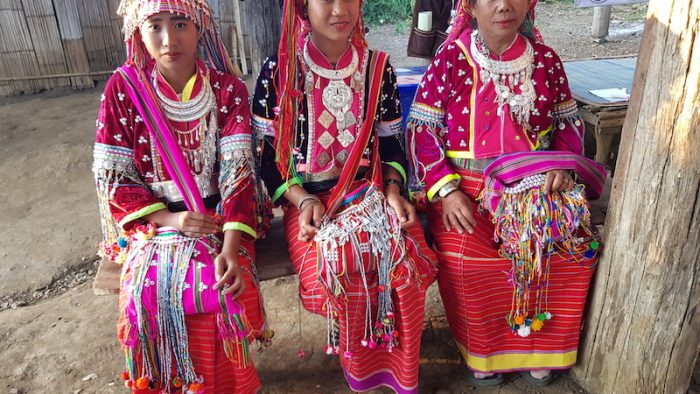 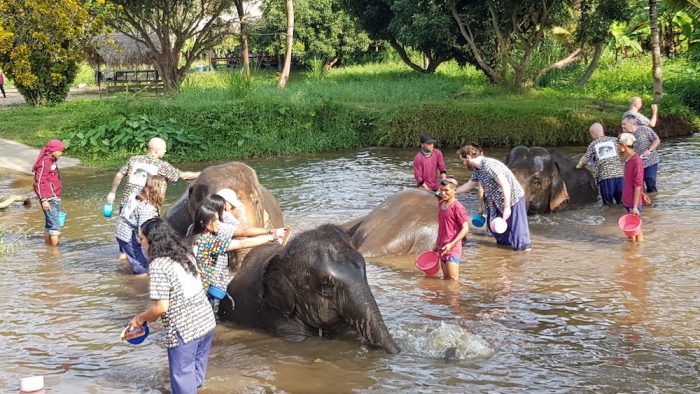 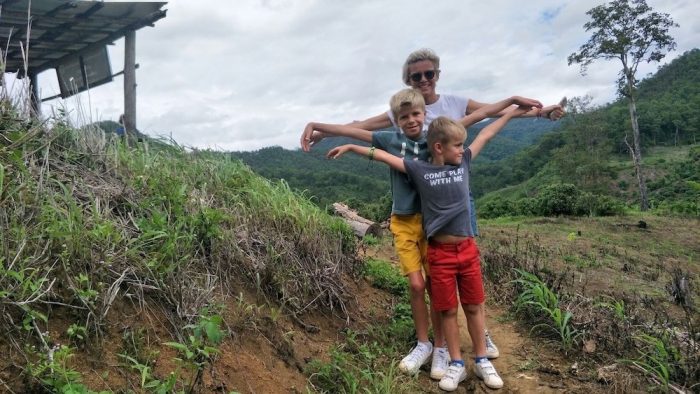 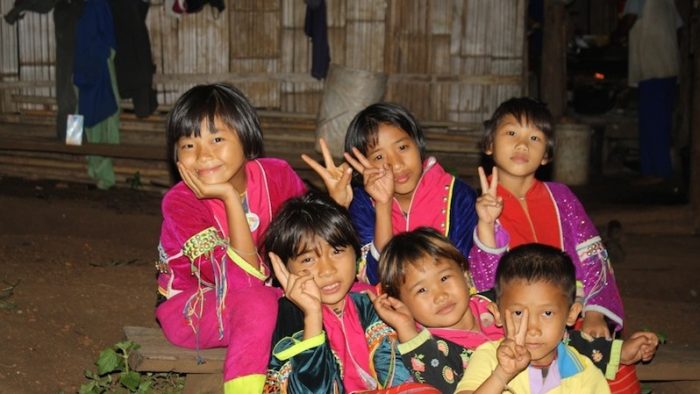 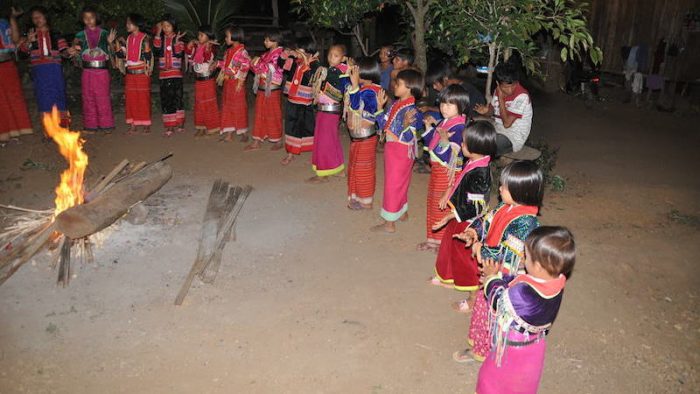 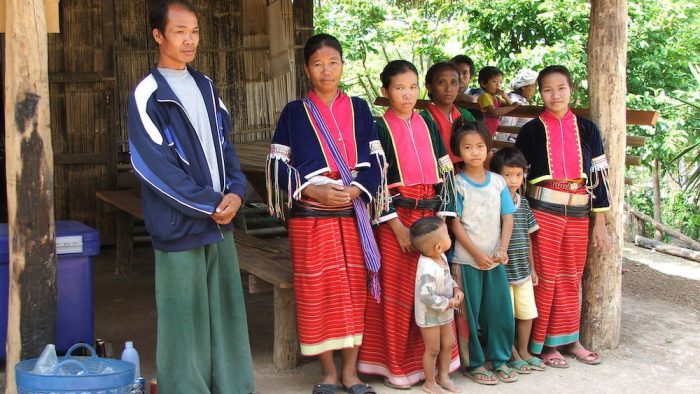 Stay with the Palong People of Chiang Dao 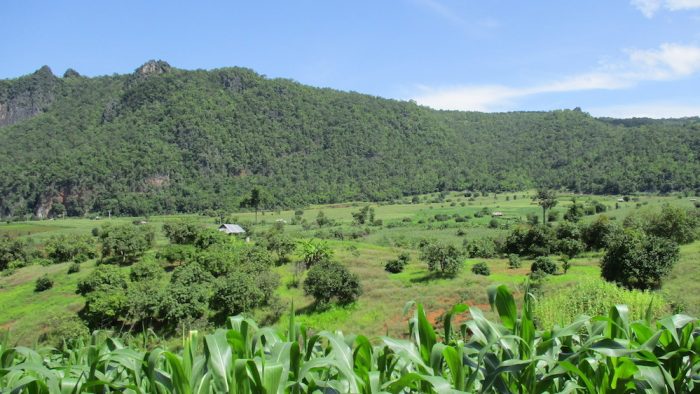