Bring back the Pictures

“Bring back the Pictures” is our new project. We aim to bring photographs back to ethnic minority people and communities in northern Thailand where they were taken. Over the past 100 years, people have taken tens of thousands of photographs in these communities. Most of these images were never shared with the people or communities that are on these photographs. We think they have the right to have these pictures. That is our mission.

Towards the end of the 1950s, more people started to pay attention to the various ethnic minority groups inhabiting the mountainous north of Thailand. Christian missionaries and western anthropologists started to visit Akha, Lahu, Lisu, Hmong, Karen, and Lawa people. Some of them lived in these communities for months, sometimes for years. Many of these people took pictures of villages and villagers. A lot of these images are in archives or private collections. It is time to print them and bring them to the people or communities on the pictures.

The 1970s saw the beginning of hilltribe tourism. To our knowledge, the first trekkings, including overnights in tribal villages, took place in the late 1970s. Before that, tourists made day trips out of Chiang Mai to Hmong, Karen, and Akha villages. Hilltribe trekking became very popular with backpacking travelers in the 1980s and 1990s. Tourists took photographs of tribal villages and people, and many of these were never shared with villagers. If you have any pictures that you want us to print and bring to villages, please send them to us: info@green-trails.com. The more details you can give us about the people and the location, the better it is.

In December 2018, we delivered 50 photographs to the Lawa villages Ban Dong and Ban Pa Pae in Mae La Noi district, Mae Hong Son province. American anthropologist Charles Keyes took these pictures in January 1968. You can find the pictures of Charles Keyes at the University of Washington, Seattle, US. Bring back the pictures 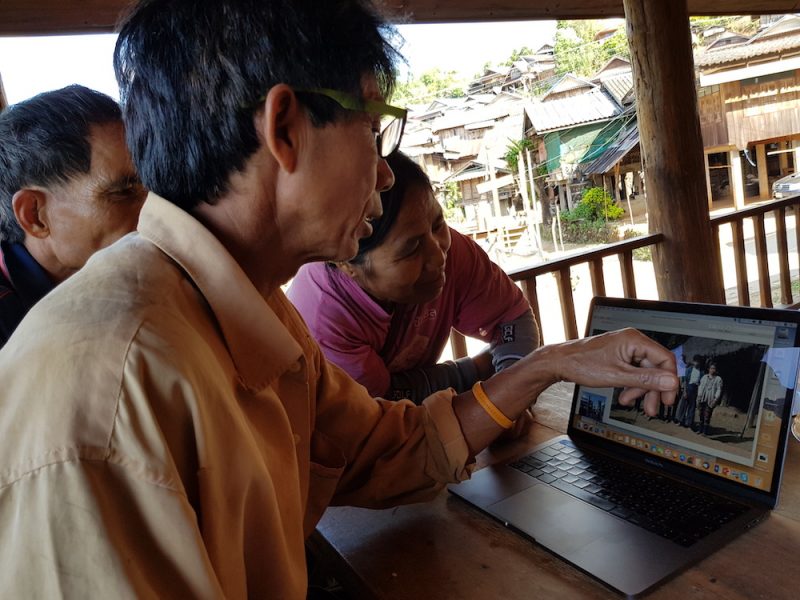 Villagers in the Lawa village Ban Dong looking at pictures of their village of 50 years ago. 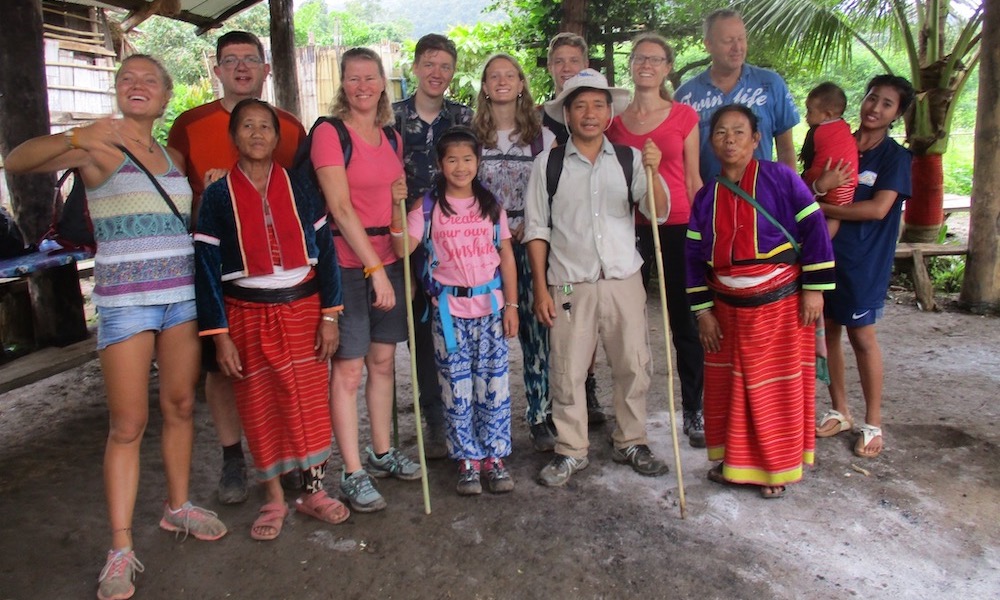 Group on one of our family trekkings in Chiang Dao 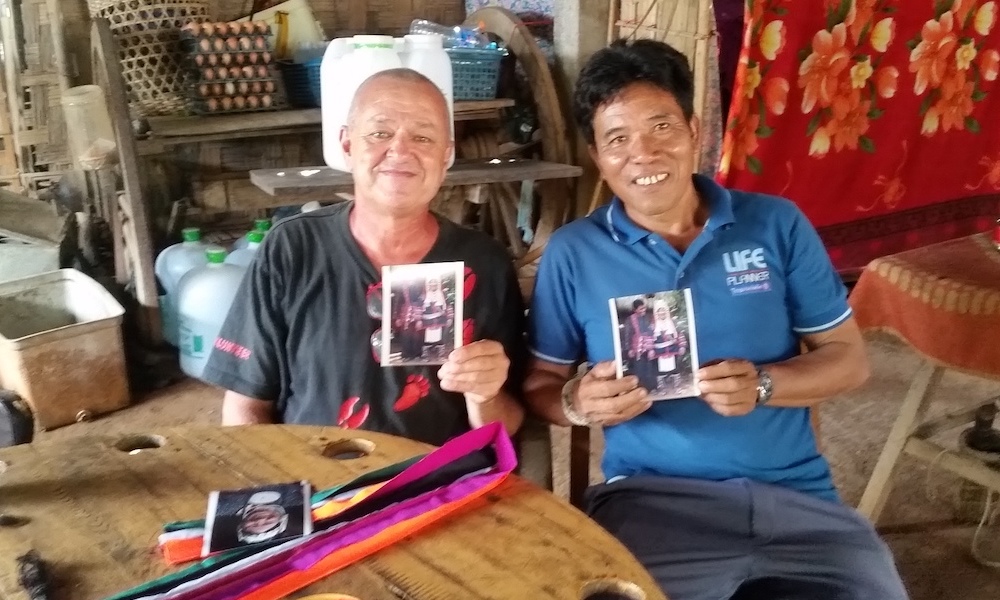